I entered into the Christmas miniature exchange over at Ye Olde Inn for the first time this year. It's organised like a secret Santa, where the names of the participants are drawn randomly and you have to paint a Heroquest figure during November, and send it out to the person you drew in time for Christmas.
This year was the 7th incarnation of what is a really fun ideal, and a great way to give and receive a completely unique HQ model from another part of the world. Most of the mini's are customised in some way.


It turns out my name was drawn by Lestodante, a huge Heroquest fan from Italy. Here is the mini I received from him this week, in all its glory; 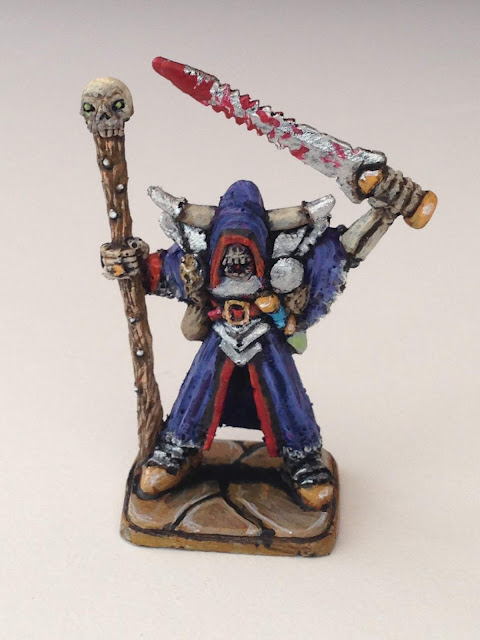 
It's a very cool undead Chaos Sorcerer!!!!!
I've found that its really useful having different versions of Chaos Sorcerers, and this formidable looking creature will make a great boss for some of the side quests. It has been converted to make a truly unique HQ model.


(I can't post the model that I sent out yet, or even the name of the recipient, as the Exchange rules are that it must all be secret until the gift is received.....I hope it arrives soon.)


Edit; below you can see the model I sent out. Recipient; Whitebeard in the USA. It's a converted orc that's supposed to look like one of the monsters on the Heroquest box (artwork shown). I had a lot of fun creating this character, and it took some willpower to give it away! 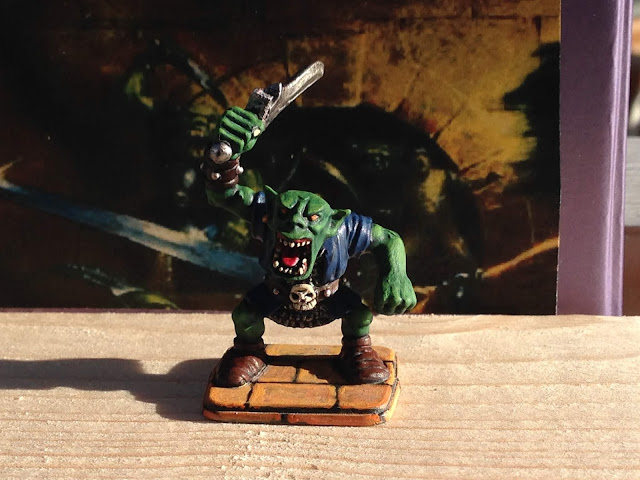 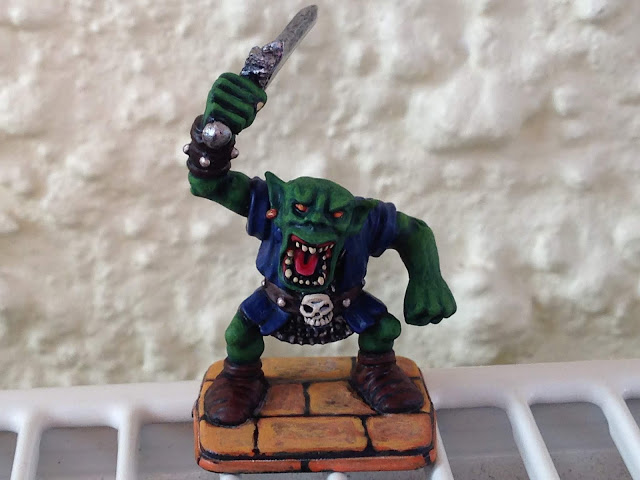 One year later and it's another Christmas exchange!
I was gifted this classic orc by billdask from Greece, a nicely painted fellow indeed. Not as exciting maybe as the undead chaos warlock I received last year but I welcome recruit to Morcar's armies, especially considering that we are getting closer and closer to playing the orc-fest that is Kellars Keep... 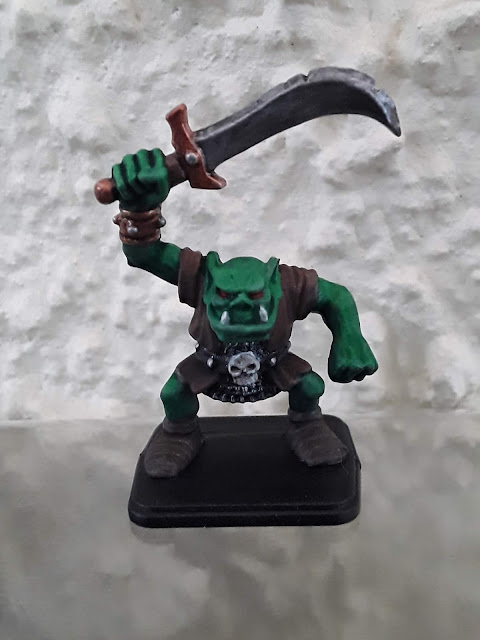 And this is my annual offering, this time to tasoe (yet another Greek member of Ye Olde Inn!). A converted chaos warrior and a bonus figure that#s supposed to depict the Eye of Chaos, a one-off quest for HQ published in White Dwarf many years ago. 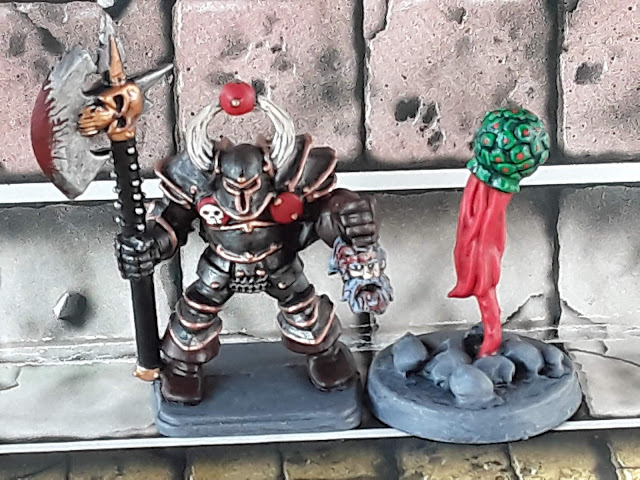 A close up of the butcher. I was hoping that Tasoe would find it useful for his games, either for a doomguard, a boss, or just a variant for a normal chaos warrior. 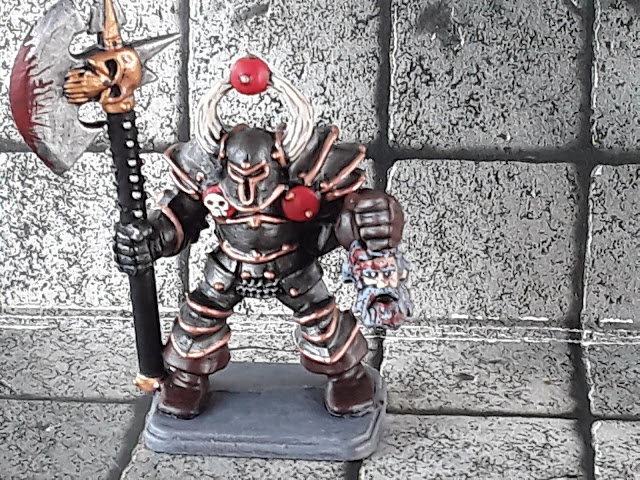 From behind. The axe arm fitted like a charm, which was quite lucky really considering that it was originally from a mounted figure (chaos knight) and I had no plan B if things went wrong... 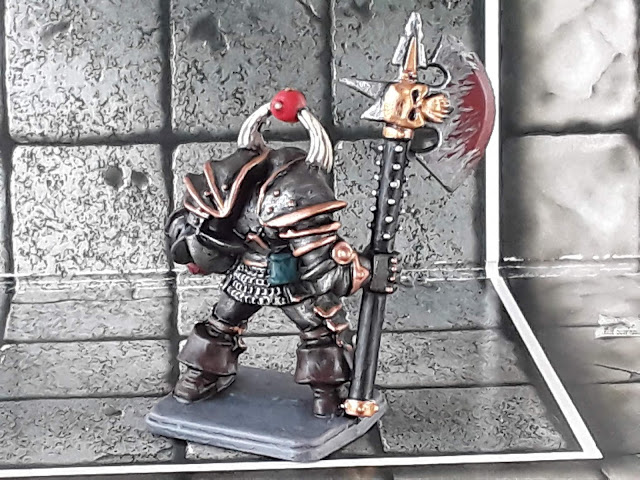 A closer shot of the Eye of Chaos. The original White Dwarf article described it as a glowing green skull on a red tentacled body, but I opted for this cluster of eyes instead. The model was originally a tyranid spore thingy from Warhammer 40K. 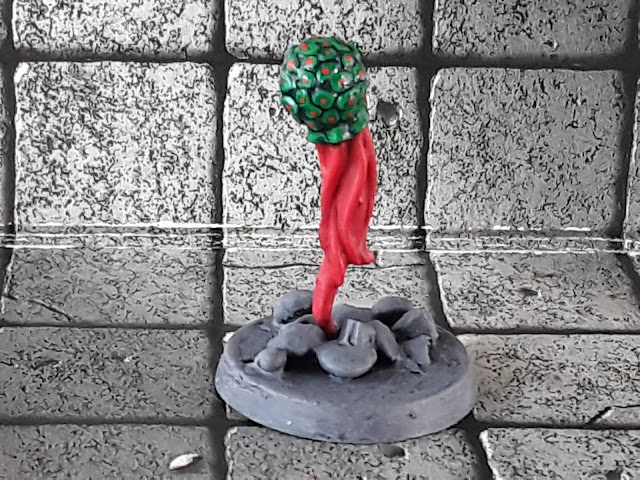 I had lots of fun again, and am already thinking about what to make for Christmas 2020!